Why you can’t change your company’s culture!

In 2018 there was a major scandal in Australia involving Victoria state police faking breathalyser results. The police apparently had quotas to fill which motivated officers to blow into breathalysers themselves multiple times to meet the quotas. Over a period of a few years, more than a quarter million breath tests were faked by the Victoria police.

I remember I was driving one morning and listening to a morning radio show with the well-known ABC host Jon Faine (He was an incredible radio host and a great journalist). Jon was interviewing the police commissioner and scrutinising him over this scandal. I remember clearly Jon was asking with an angry voice, “So who is going to lose their job over this scandal?” And I yelled back at the radio in my car, “No, Jon. Replacing people won’t make the slightest difference. The problem is not the person, it’s the quotas. Even if you fire the person in charge and hire another one, they will make the exact same mistake. This behaviour is what the job requires from them.”

In this example, Jon fell victim to a bias called “fundamental attribution error” (also known as the “correspondence bias”). The fundamental attribution error is a tendency to explain someone’s behaviour based on the internal characteristics of the person such as their personality, skills, experience, or disposition rather than external factors such as rules, processes, or operating environments. This bias is quite common in the business world. When things go wrong, we tend to blame the person in charge.

In most cases, however, it’s not a person to be blamed but “the system” that promotes certain types of behaviour. Said differently, regardless of my personality, values, and characteristics, I will be more likely to behave according to what my environment rewards me or penalises me for.

By “System”, I’m referring to the entire system encompassing the org structure, the processes and procedures, bonus structure, KPIs, job descriptions of various roles, the political environment within the organisation, what people are rewarded or penalised for, official and unofficial communication channels, information silos, and so on. 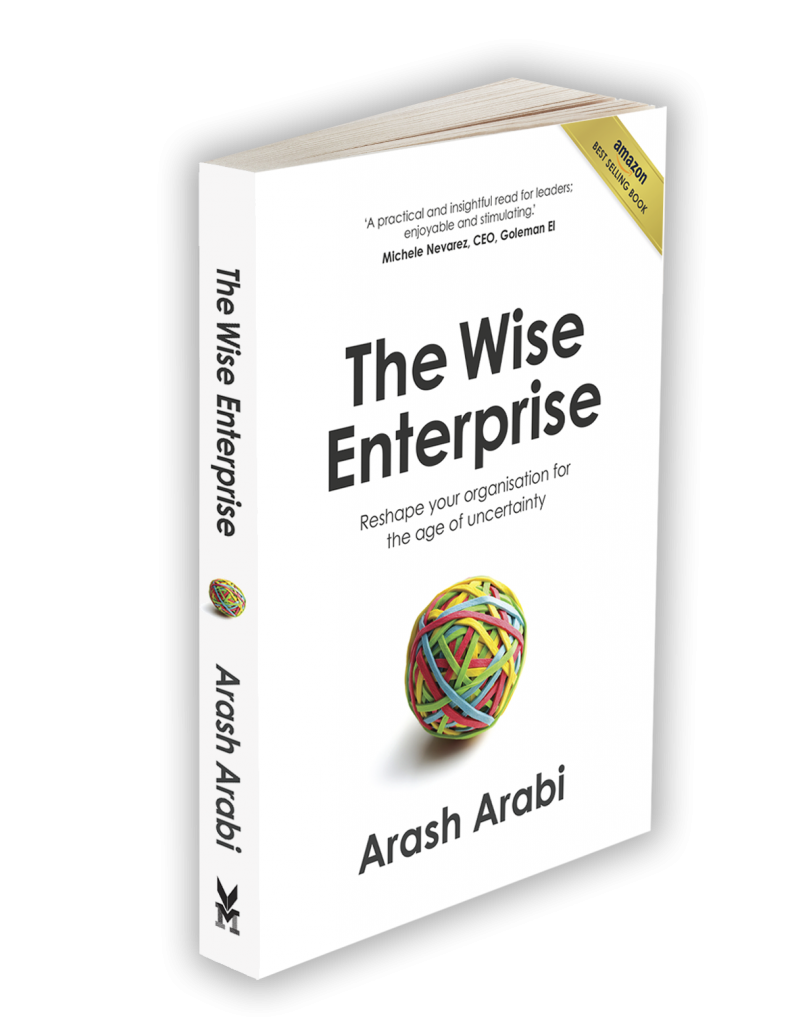 W. Edwards Deming, the Einstein of management consulting in the 20th century, criticised Western management throughout his career for failing to address the system and instead focusing on people. According to the works of Deming (and other, later systems thinkers), between 85% to 95% of organisational problems are caused by the system and only 5% to 15% are caused by people.

Consequently, the single most effective way to change individual behaviours is to create an environment that promotes new behaviours and that will lead to the emergence of the desired culture. In my book, The Wise Enterprise, I provide the blueprint for creating an organisation that fosters a culture of creativity, collaboration, proactive innovation, commitment, and agility.

The Wise Enterprise is available on Amazon in Paperback and Kindle formats.

Comments are closed, but trackbacks and pingbacks are open.

← 2 ways to boost your agility and adaptability